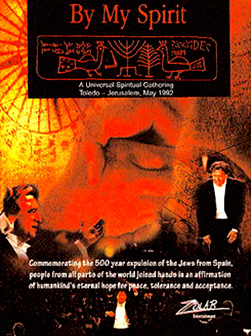 BY MY SPIRIT UNIVERSAL SPIRITUAL GATHERING AND CONCERT
Executive Producer of the TV Production of the By Spirit Concert, with Zubin Mehta, the Israel Philharmonic Orchestra and Placido Domingo in the presence of Queen Sophia of Spain, which commemorated the historic 500th Anniversary of the Jews expulsion from Spain. Hailed as one of the most significant spiritual events of the decade, thousands made the pilgrimage to Toledo and Jerusalem, to usher in a new era of peace and co-existence. The powerful blowing of shofars brought the momentous experience of the Universal Spiritual Gathering to an end at the majestic setting of the Western Wall in Jerusalem, with it’s own concert.


Critical Acclaim “A beautiful-looking film… an original and informative look at a remarkably rich and universal human story.”
- John Haslett Cuff, The Globe and Mail 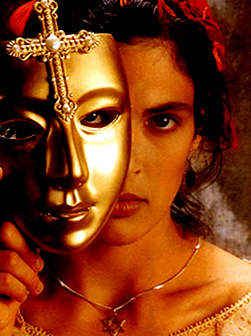 Executive Producer. Expulsion and Memory. A documentary about the historic reconciliation of the King of Spain and the President of Israel and the Memories of the Conversos that still haunt their descendants till today.

In 1492, the Jews of Spain were given a choice: expulsion or conversion. Half the community converted. Known as Conversos, they continued to practice Judaism in secret for nearly 500 years. Beautifully filmed in Spain, Portugal, Israel, Canada, and the United States, it has a lyrical Spanish/Sephardic soundtrack by some of the world’s leading artists, including Placido Domingo, Zubin Metha and the Israel Philharmonic Orchestra. Lili brought an 8 member crew over from Canada on her coin not to miss the historic opportunity that was paying tribute to the survival of the Jewish Spirit.


“A vibrant and up-to-date examination of the timeless search for religious identity.”
- Henry MIETKIEWICZ, The Toronto Star

Executive Producer for Michael Bernard Beckwith, The Answer is You, PBS Special.
Michael Bernard Beckwith, the world renowned spiritual teacher and award-winning author brings his positive message of prospering in these challenging times with an inspiring and cutting edge PBS special that taped at Los Angeles’ Club Nokia. It broadcast on PBS stations nationwide.